The integration of ROBOTICS technologies in autonomous navigation

How do ROBOTICS sensors and solutions integrate into autonomous navigation?

In parallel with its OCEANS activity, CADDEN offers sensors and services with the ROBOTICS domain, focusing on 3D positioning, orientation measurement and optical remote sensing technologies. These solutions respond to multiple applications and are integrated into autonomous and industrial systems.

With the help of the constellations of positioning satellites (GPS, GLONASS, BeiDou, Galileo), the GNSS receiver calculates coordinates of a position in the world, with sub-metric accuracy up to centimeters, in real time or in post-processing. It comes in several forms: GNSS box with separate GNSS antenna, receiver and GNSS antenna in the same enclosure (also called «Smart Antenna»), GNSS compass with 2 antennas, GNSS OEM board.
Our GNSS receivers ranges
Discover our ranges

Sometimes referred to as the Inertial Measurement Unit (IMU) or the Inertial Navigation System (INS), an inertial control unit is defined as a navigation system providing the orientation of a mobile in a 3D space. Generally, there are two types of inertial centres: the inertial navigation centre with a GNSS receiver (internal or external); it is designed to obtain navigation and speed data in addition to orientation measurements. If we want to obtain only the information of roll, pitch, yaw (and sometimes pilonement), it is better to choose an inertial center of heading or attitude.
Our inertial navigation systems ranges
Discover our ranges

The Lidar’s Remote Sensing And Ranging  method is a laser sensor that collects measurements of the “flight time” (TOF or “Time-Of-Flight”) of light beams. These sensors calculate distances and light intensities very precisely to map a 3D environment. Several types of Lidars correspond to the majority of applications: 2D Lidar, 3D Lidar, solid-state Lidar.
Our Lidar range
Discover Lidars

Many applications integrate these technologies

The technologies of GNSS receivers, inertial units and Lidar are used alone or in combination in various embedded systems.

For several decades, car manufacturers such as Renault, Tesla and Volvo have been working hard to become the pioneers in the autonomous transport market. After a long legal question, a decree published in July 2021 authorizes the use of autonomous cars on the French road network as of September 2022. This no longer concerns only cars, but several solutions: buses, shuttles, robot taxis, etc. which are planned for the management of the «last mile delivery» (last mile delivery) or even improve mobility in certain rural areas.

In collaboration with FH Electronics, LAMIH unveiled a project in early 2022 related to “man-machine” cooperation, and more specifically on driving aids (adaptive cruise control, unintentional line crossing warning, sign recognition, etc.). The two organizations developed a prototype “Cooperative Vehicle” based on a DS7 (Stellantis) with a Lidar Hesai PandarXT-32 on its roof. The objective of this prototype is to test, in real life, the developments carried out beforehand in the SHERPA driving simulator, in service since 1997.
The Stellantis vehicle was developed as part of the ELSAT2020 project. It was co-financed by the European Union with the European Regional Development Fund, the State and the Hauts-de-France Region. The LAMIH (Laboratoire d’Automatique, de Mécanique et d’Informatique Industrielles et Humaines) is a joint research unit between the Université Polytechnique Hauts de France (UPHF) and the Centre National de la Recherche Scientifique (CNRS).

In 2021, the American company Nuro partnered with the giant Domino’s to design an autonomous delivery vehicle, equipped with a Hesai Lidar, model Pandar40, on its roof, programmed to deliver its pizzas in several states of the United States.

In 2018, the French company Navya experimented for a month an autonomous shuttle within the city of Nantes as part of Nantes City Lab. A first for the city that provisionally equipped itself with a self-driving, clean-energy vehicle (although in this test, an agent was in all vehicles) where a Lidar laser sensor was installed at the front of its roof.

The French company Milla tested its autonomous shuttle called «Milla Pod» in January 2021 in the streets of Nice. Equipped with GNSS antennas from the manufacturer Trimble, it complements an already existing mobility offer in Nice. Users will be able to use it for short journeys to reach a tram stop for example.

Stanley Robotics presents the «Stan» valet parking robot, equipped with a Lidar to optimize the parking space on the car parks. The objective is to free users from the worries related to the management of their vehicle during their absence. First real-life tests were carried out in 2017 on long-term airport car parks, indoors in Roissy-Charles de Gaulle (Paris), then outdoors – a “world first” for this type of system – in Lyon Saint-Exupéry.

Autonomous tractors are being used in agriculture to perform complex tasks, such as maintaining agricultural and wine plots or responding to labour shortages.

The farmer robot Gaiiar is equipped with two GNSS Trimble antennas, allowing it to evolve among wineries. This solution meets the demand for automation of tasks on the part of the operators as well as the shortage of labour in the sector. In some cases, the robot completely replaces the tractor since it can be coupled with a sprayer and thus protect the user during spraying. The goal is to limit fuel consumption while adjusting the speeds and mass of the unit.

The characteristics of the Lidar technology make it a real asset in the context of environmental monitoring and safety. This sensor meets the multiple needs of intrusion detection of people or flying drones even in bad weather, gauge measurement and anticollision assistance system.

The manufacturer Glocal Robotics offers its robot named Thalamus, equipped with Lidar of the manufacturer Hesai, model PandarXT-32, and designed to ensure the surveillance of sensitive sites. After several tests, the robot has been evolving since 2022 in environments that are difficult to monitor permanently with guards or cameras (large military and industrial infrastructures, very large sites, etc.).

The engineering school has developed a robot called «Jean-Michel» which carries out various outdoor exploration missions: parcel delivery, measurement of a distance travelled regardless of the terrain, followed by a target, etc.

All ROBOTICS technologies are combined for the applications of hydrography and more particularly bathymetry in various environments (inland, coastal or high seas).

Surface drones dedicated to hydrographic applications, including bathymetry, are equipped with Lidar in addition to GNSS receivers, inertial power plants and beam sounders. The objective is to capture the environment below and above water level (bridges, banks, buildings, etc.) in a single passage.
Learn more 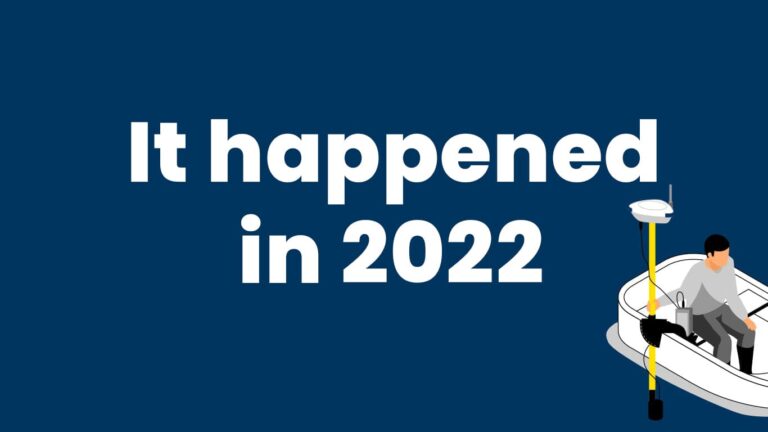 On the Cadden side

2022 was rich in experiences 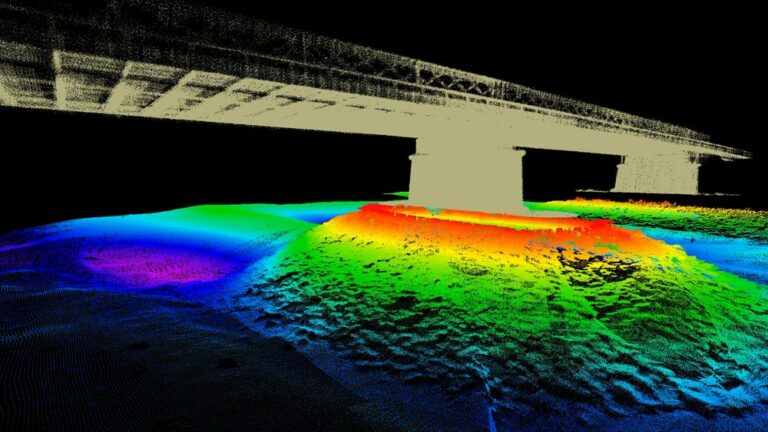 Bathymetry consists in defining the relief of the seabed. 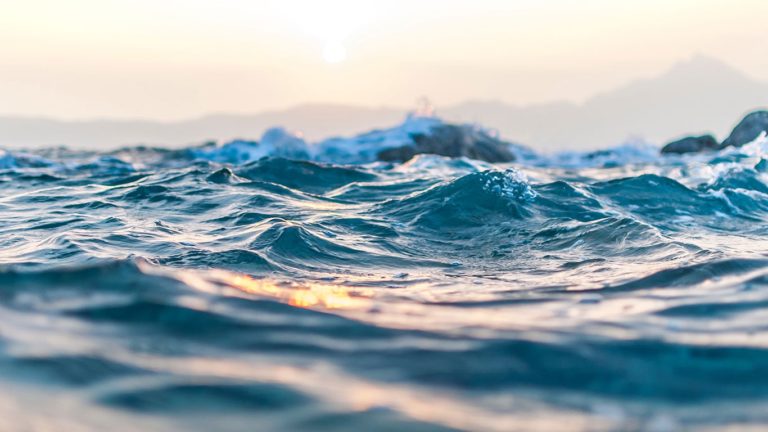 CADDEN will be at Hydro22 in Monaco